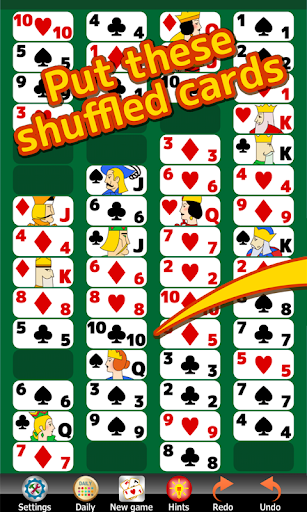 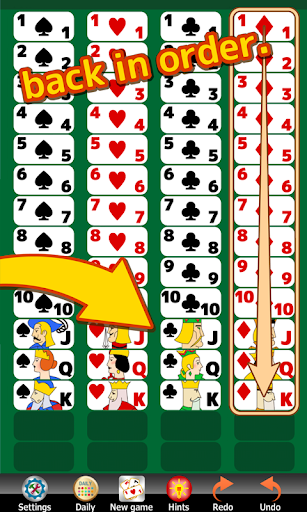 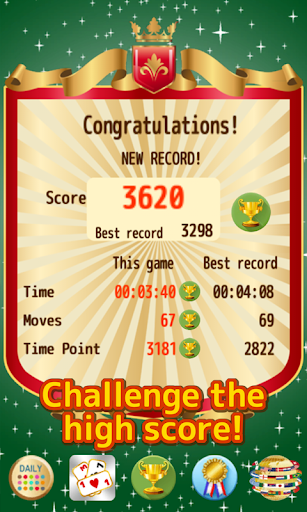 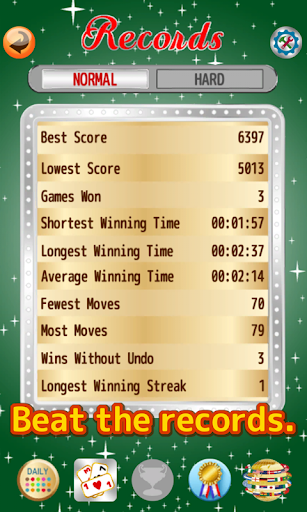 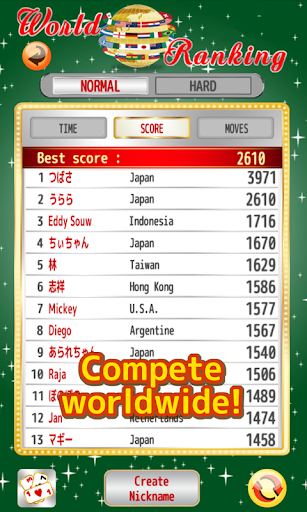 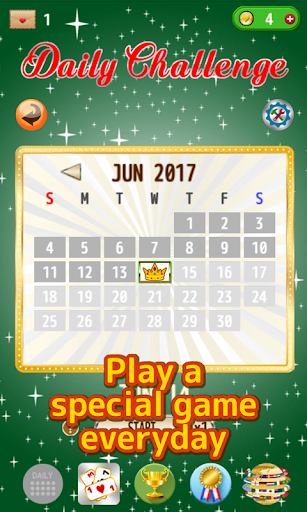 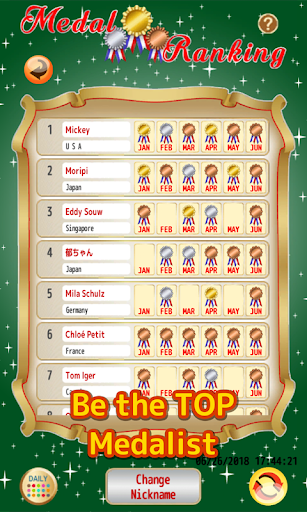 Description of Next Generation Solitaire

A new solitaire game with completely different rules. If you like the classic Solitaire, you will definitely love this game. Simple but addicting.

The objective of this game is to put all the shuffled cards back in order from Ace to King.

● Recommended specs:
Android OS 4.1 or higher.
There may be cases of this application not running normally on certain models.

● Caution:
Before using this application, ensure you thoroughly read and agree with the terms of use.

Deleting this application from your device, or changing devices to use this application, will result in losing the purchased items and coins and the recorded data. It is not possible to transfer them to another device.

● Ideas and Comments:
Requests or Suggestions for improvements for this application can be sent to the following address: next_9999@altron.co.jp

● Disclaimer:
We are not responsible for any damages incurred as a result of using this application.
No refund can be given to all or any purchased items and coins.
Please note that bugs or other problems may occur.
We reserve the right to make modifications of this application and/or remove this game.
bug fix

Related Posts of Next Generation Solitaire