This slot ticks all the boxes when it comes to layering on the Oriental theme, with lilting music playing in the background, while there are also 4 progressive jackpots, which can be triggered randomly on any spin.

Heading East
Fei Cui Gong Zhu features attractive graphics all related to Japan, including colourful Japanese lettering. The image in the background behind the reels appears to be the sea, which is an odd choice, while a misty green mountain range hovers above the reels.

Before beginning your Japanese odyssey, you need to choose your stake. There are 20 paylines in this slot machine and you can play as many or as few as you like for total control over the action. You can also alter your coin bet and bet per line to create a minimum overall bet per spin of 0.01 and a max bet per spin of 200.

There are various other options that can add to the ease of play, such as an autoplay option, which lets you select to play up to 99 spins automatically. There is also a useful ‘bet max’ button for placing the maximum bet quickly.

The Treasures of the Orient
The Orient might share its riches with you – payouts in Fei Cui Gong Zhu range from the mediocre to the grand. The highest-paying symbol in the game is the Japanese woman, who pays up to 10,000 for hitting 5 symbols. This icon is also the wild symbol, which means it can stand in for all the other symbols in the game, except the bonus and scatter, to create more potential wins.

The scatter is the red temple, which pays up to 500 for 5 symbols. This also has the potential to award free games along with a tasty multiplier, but more of that later…

To play the bonus game, simply select 3, 4 or 5 waterlilies (depending on how many bonus symbols you revealed to trigger the round) out of the 6 floating serenely on the lake. Each waterlily awards a different cash prize, so pick carefully.

Free Games in the Temple
As mentioned earlier, one of the most important symbols in the game is the red temple. This icon has the power to grant 10 free games if you spin 3 or more of the imposing symbols. The free games are awarded straight away and you can get a triple multiplier on every payout. The best part of the free games round is that it can be re-triggered indefinitely, so there is potential for lots of free play in the Orient.

Dragon Jackpot
The part of the game most players will be waiting for is the Dragon Jackpot. This consists of 4 progressive jackpots, which any player has a chance of winning.

At the end of any spin, you could be whisked away to the Dragon Jackpot game to win one of the 4 progressive jackpots. Simply spin the wheel to collect 3 identical dragon symbols, which will reveal which jackpot you have won – from the lowest green jackpot to the highest gold jackpot. 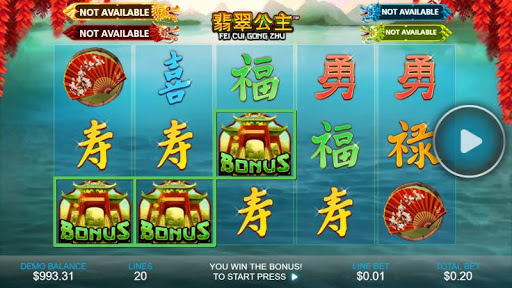 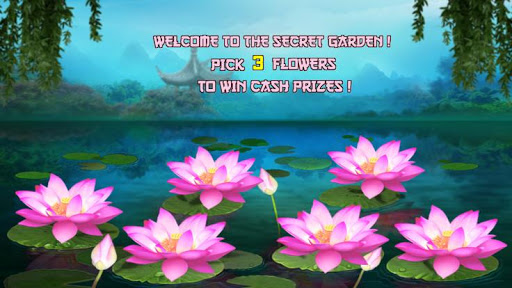 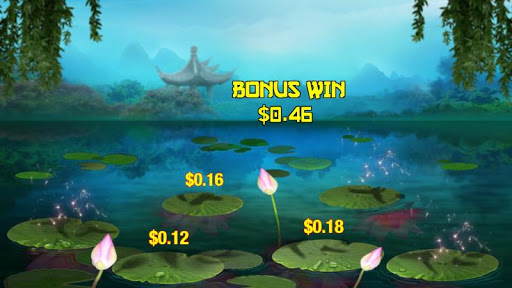 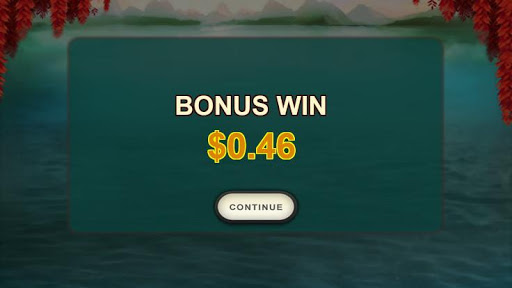